Just one out of every six custodial parents is the father.

This statistic can make custody battles for fathers seem bleak, even hopeless. However, even though you may not get full custody, the custody battle is still worth it. If you go in informed and prepared, you have a better chance of getting an outcome that you and your child can be happy with.

An attorney with extensive experience in dealing with fathers' rights will help you navigate your child custody case and fight hard for your rights as a father. We've put together this essential guide that includes eight tips for fathers going through a child custody case.

Custody laws vary from state to state. This can have a significant effect on custody battles for fathers, since your location matters.

In Colorado, as in other states, custody is determined based on the best interests of the child. But unlike in other states, "custody" in Colorado is actually called "parental responsibility." The laws govern the same thing, but the name is different.

Ideally, all factors will be weighed equally in a custody battle for dads. The parents' and child's wishes should all be taken into account, and neither parent is considered better than the other. Still, mothers get awarded custody far more often than fathers do.

While joint or shared legal custody is ideal according to Colorado law, it may not work if the parents live far apart. This can mean one parent gets primary custody while the other gets visitation rights.

Also, if the parents are going through a divorce, the court might require them to take a mandatory parenting class. This is typically expected of both parents, not just one.

Eight Tips to Succeed in Custody Battles for Fathers

As a father, child custody cases can seem like an uphill battle. Even though the law doesn't prefer one parent over the other, courts still sometimes seem to prefer giving custody to the mother.

Having a lawyer that is experienced and knowledgeable with father’s rights is key. These tips will help as you prepare to try to win custody.

It's often tempting to include the children in a custody battle and the court may take your child's wishes into account. Be sure to allow your legal counsel to make this decision for you..

Don't Get Hung up on the Bias

Although the numbers might show that custody courts are biased toward mothers, try not to get hung up on this bias. A good family law attorney can overcome it.

And the bias may not always apply since it's not upheld by law. Some courts truly are as neutral as they should be.

Be the Best Parent You Can Be

Simply showing what a good parent you are can be a huge help in custody battles for fathers. Fortunately, this step tends to be easy since you probably already want to be a good parent.

Be invested in your children’s lives and activities. Here are a few examples:

Judges can tell when you're passionate about parenting and take advantage of parenting time.

Talk to No One But Your Attorney

Avoid discussing the custody battle in personal conversations, social media posts, and other places outside of your attorney's office. Even private texts and emails can show up and get used against you in court. During custody proceedings the less you say, the safer you are.

If you're making child support payments, or even informal payments, to the other parent, keep track of them. If you need to make other payments, such as alimony, make sure to track those too. This documentation can help you win custody.

Keep your receipts. And if you can, get a written note from the other parent to confirm the payments you're making. If you're required to make payments but don't have enough money, it's better to request a modification than to fail to make them.

Be Polite with Your Ex

No matter how you really feel toward your ex, keep your conversations as polite as possible.

If they get confrontational, avoid engaging. Don't say, text, or email anything to your ex that you wouldn't want the judge to hear or read. Keep it focused on the child and avoid personal attacks.

Give Your Child a Room

Judges will consider accommodations as they decide which parent should get custody. You can help your case by giving your child their own space in your home.

Don't wait until after the hearing to think about accommodations. Showing that your child has their own room can increase your chances of getting custody.

If you have a demanding work schedule or go out of town often, getting full custody might not be a realistic goal. Consider your situation carefully, and be aware that partial or split custody can sometimes be the most ideal outcome.

Also, keep in mind that the initial custody outcome may not be permanent. For example, when your child gets old enough to make their own decisions, they may choose to live with you after all.

Need a Great Attorney for the Custody Battle?

You can do everything right. But when it comes to custody battles for fathers, at the end of the day, the most important thing is having a good family law attorney.

While the Colorado custody laws may seem straightforward, navigating them often isn't. Only an experienced attorney can help you present your best case to the court and get the result you want.

Elkus & Sisson has over 15 years of experience in the Denver metro area. We understand how difficult and emotional family law cases can be for all involved. Our law firm strives to deliver an outcome that you are happy with and more forward with your life. 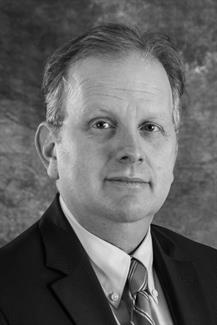 Robert L. Pomper started his legal career in Chicago and came from one of the largest family law firms where he was director of litigation...
View Robert's Profile >>

Need to Speak with a Family Law Attorney?