How Personal Injury Settlements are Taxed 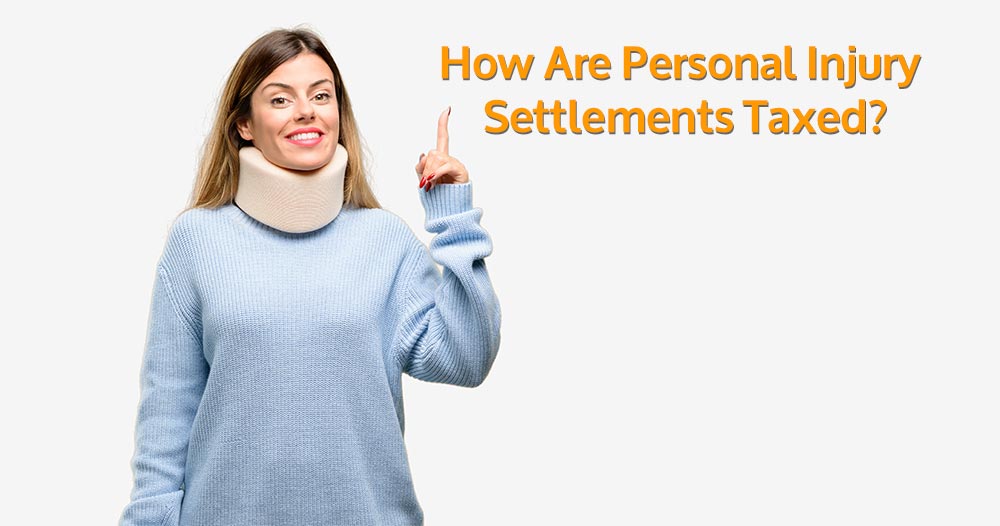 A common question raised by individuals pursuing financial restitution through a personal injury lawsuit is whether any money recovered through the civil action is subject to state and/or federal taxation. The answer is…it depends. There are a multitude of factors that will help you understand how personal injury settlements are taxed.

This article relates to all types of personal injury settlements.

When Personal Injury Compensation is NOT Taxable

As a general rule, the proceeds from a personal injury settlement or jury verdict are not subject to state or federal income taxation. However, this general exclusion from taxation only applies to the compensatory damages you receive as restitution for the expenses incurred as a result of your bodily injuries or physical illness. In addition, there are new, stricter limitations placed on what damages are excluded from federal taxation (info on these new limitations are discussed below).

The rationale for generally excluding compensatory damages from taxation is that the money you receive as restitution for these harms and losses are intended to make you whole, or to, in effect, pay you back for the damages you were forced to endure as a result of the accident. So, for example, if you have $10,000 in medical expenses stemming from treatment you received after the accident and receive $10,000 from a personal injury settlement or jury award, you are essentially being reimbursed for the expense and not enjoying a financial windfall.

As mentioned, the general exclusion to taxing personal injury settlements and jury awards applies only to money received to compensate you for expenses associated with treating your bodily injuries. Pursuant to Internal Revenue Service Publication 4345 (Rev. 12-2016), if you receive other forms of compensation through a personal injury lawsuit, those funds could be subject to taxation.

Additional Situations in Which you Could Be Taxed

In addition to punitive damages being taxable, there are other instances where a financial recovery from a personal injury settlement or jury award can be subject to taxation. As mentioned earlier, if you opted to deduct the cost of medical expenses from your taxes the previous year, you are obligated to include that portion of the proceeds as taxable income.

Along with punitive damages and previously-deducted medical expenses, you may also have to pay taxes on any post-judgment interest that accrues on an outstanding jury award. This usually becomes an issue when a jury awards a plaintiff a sum of money and the defendant appeals the judgment. During the appeal process, interest accrues on the original judgment. Since this interest is not directly intended to reimburse you for your bodily harms, it is generally subject to taxation and should be reported to the Internal Revenue Service (IRS).

The "Tax Cuts and Jobs Act" was signed into law in 2018 and contains some fairly significant modifications to the tax treatment of money received through a personal injury settlement or jury award. For example, in order to qualify for the aforementioned exclusion from federal taxation, the money you receive via a settlement or jury award must be directly related to physical injuries. This means if you receive money to compensate you for emotional distress, anxiety, and other "pain and suffering" damages, you could be forced to pay taxes on the financial recovery. After the tax reform legislation was signed into law, the IRS issued regulations stating that the recipient of a personal injury settlement or jury award could be required to pay taxes on the money received from the civil action, even when the plaintiff suffered from physical symptoms like headaches, insomnia, stomach pain, etc.

The IRS now defines these symptoms as a "normal byproduct" of emotional distress and is no longer considered part and parcel with your bodily injuries, according to an article published on Forbes.com.  So, in effect, if you are pursuing financial restitution for the emotional distress and anxiety suffered as a result of the accident, a portion of any damages recovered from the personal injury lawsuit could be subject to federal taxation.

Let’s say you are injured in an automobile accident. You have incurred fairly substantial medical bills, were forced to miss an extended period of time from work due to your injuries, and you developed severe anxiety when attempting to operate a motor vehicle after accident. You hire an attorney and file a personal injury lawsuit against the motorist who caused the accident. Your case winds up going to trial and you receive $100,000 in compensatory damages and $2 million in punitive damages. The $100,000 award for compensatory damages is generally excluded from federal taxation (though, as mentioned earlier, if you deduced these expenses in the prior tax year, you may owe taxes). In regards to the $2 million punitive damages award, expect a fairly large tax bill on this money. To make matters more problematic, you are unable to deduct the contingent fee paid to your attorney. So, for example, if your attorney received a 40 percent contingent fee, approximately $800,000 of that $2 million goes to your lawyer but you are still on the hook for paying taxes on the full $2 million punitive damages award.

Speak to a Tax Professional

If you are close to having your personal injury case settled or you recently received a damages award from a jury, it would be prudent to reach out to a tax professional to discuss the potential tax ramifications of the settlement or jury award.

Questions You Should Be Ready to Ask Your Personal Injury Attorney 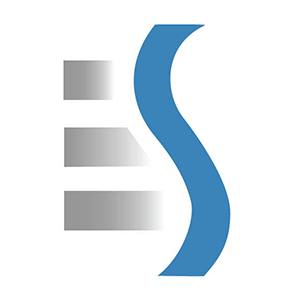 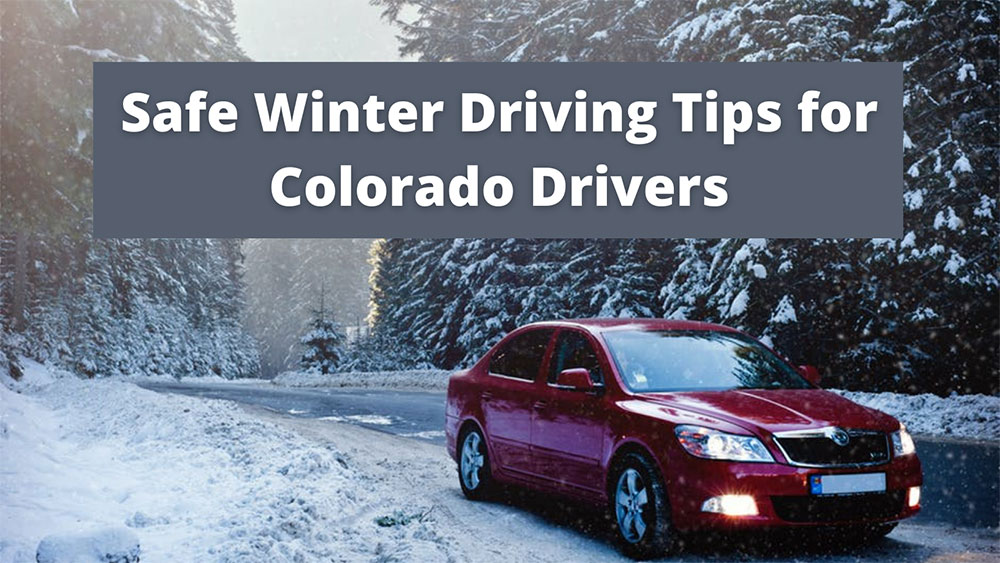 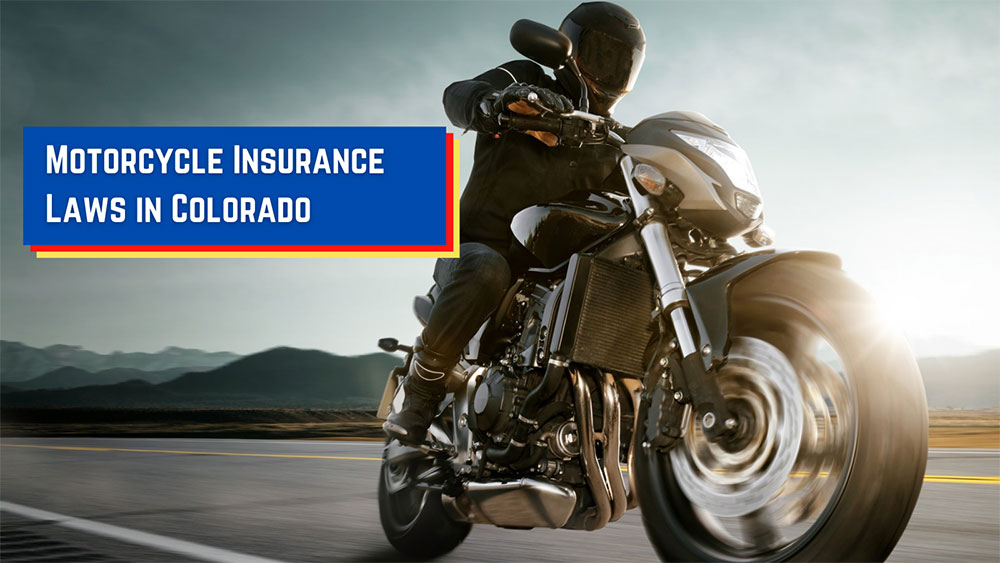 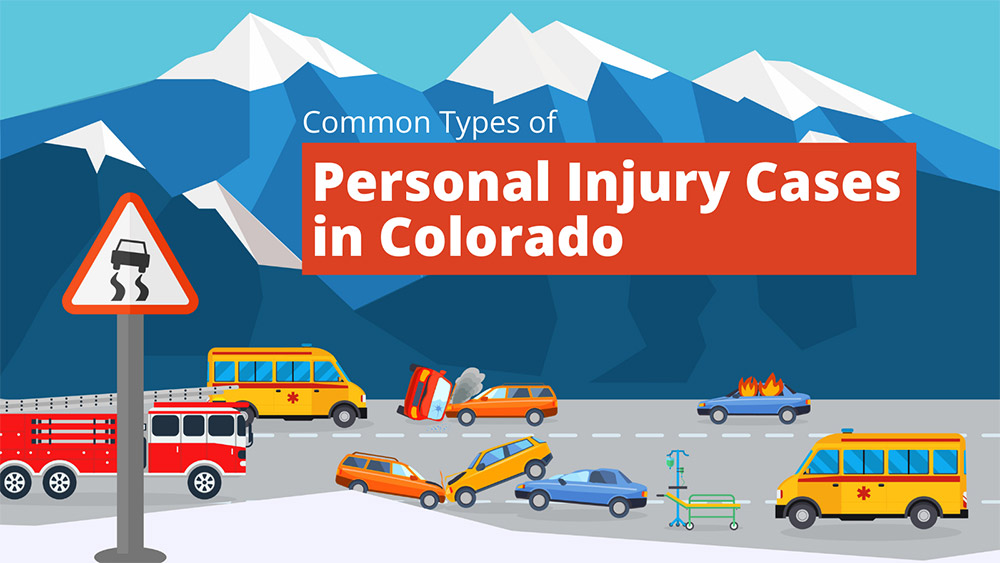 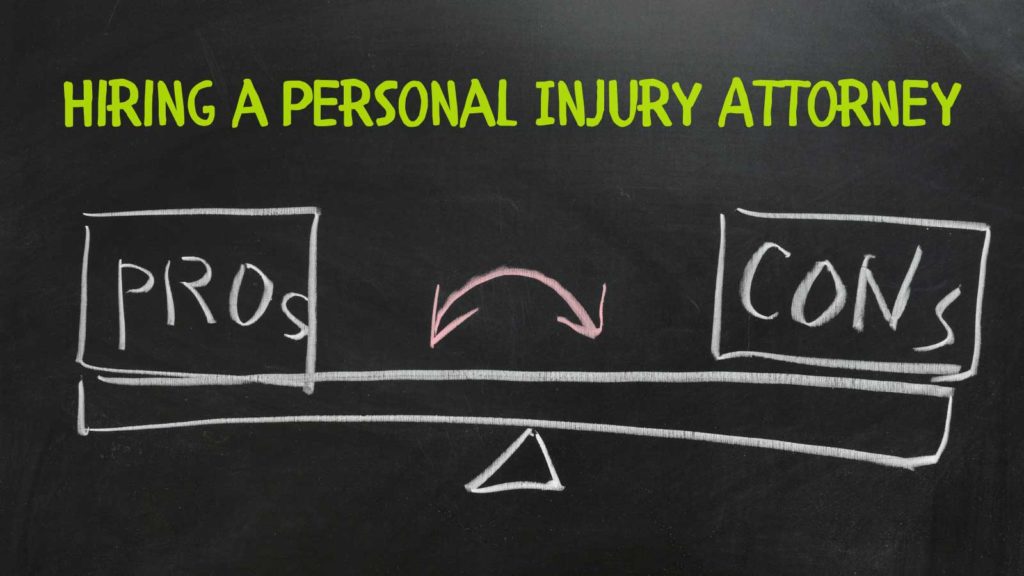 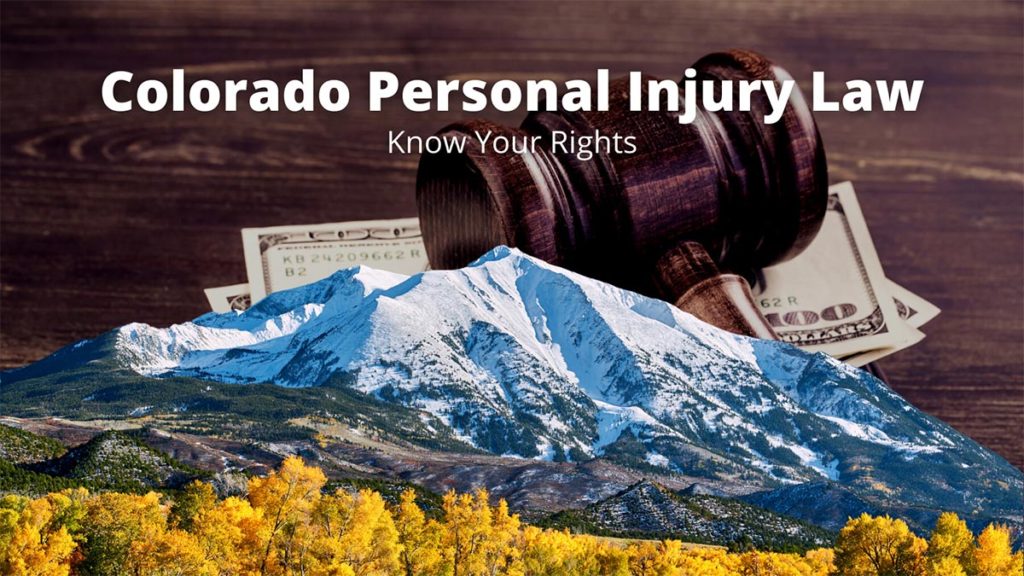 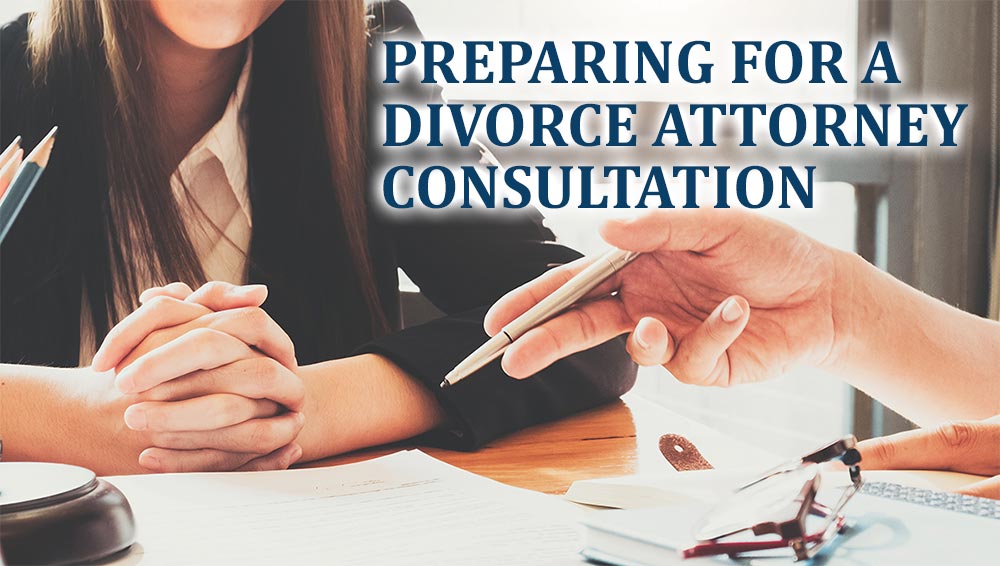 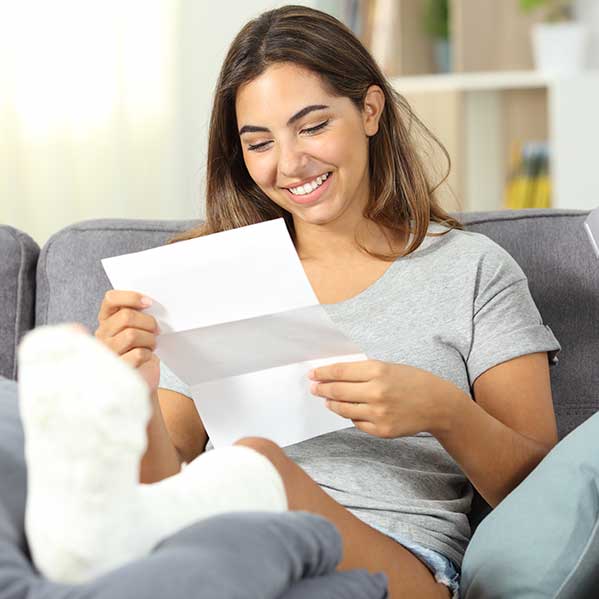 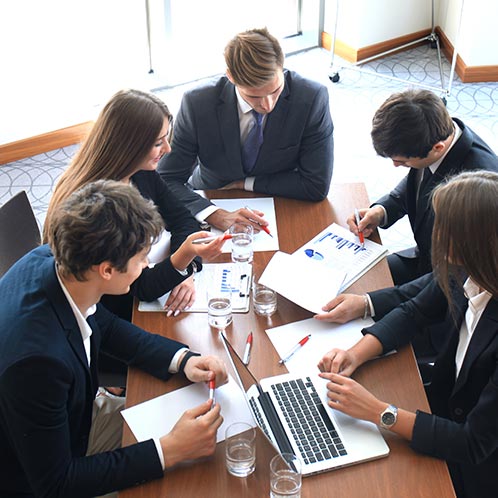 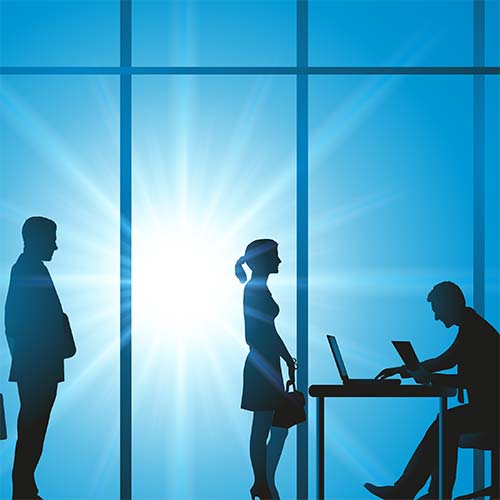 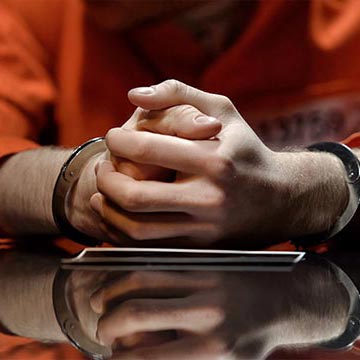 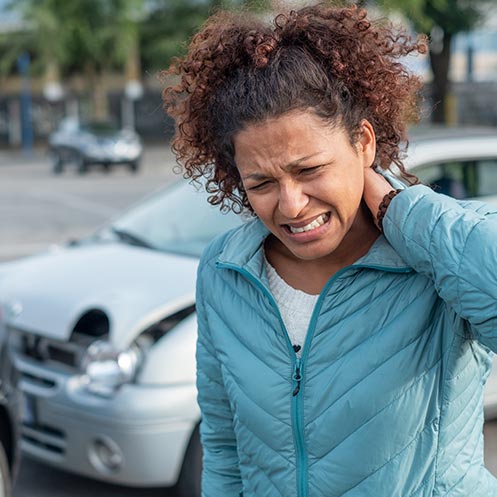 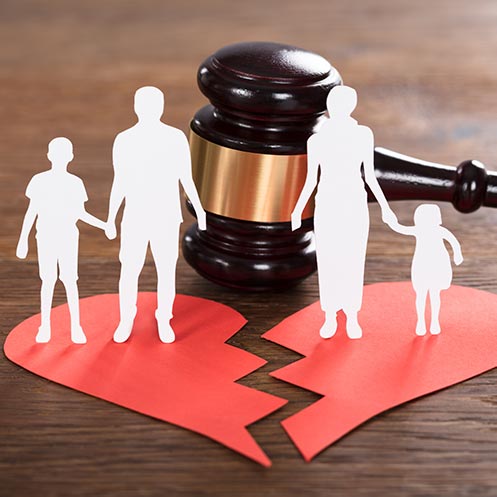