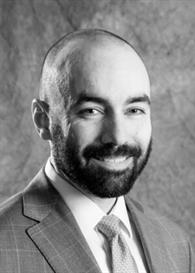 Lucas Lorenz spent his formative years in Upstate New York, becoming intimately familiar with the overcast gray that is a hallmark of the region and attending college at the State University of New York College of Environmental Science and Forestry. There he studied a range of topics including dendrology, soils, and cartography. Most of that knowledge has long-since been wiped out by untold hours of legal research. The logical next step after studying things like soil, obviously, was to attend law school. Having graduated from college and spent a summer following the band Phish, Lucas moved to Colorado and attended law school at the University of Colorado Law School. After law school, he spent several years focused primarily on insurance defense, which culminated in him abandoning the practice of law entirely. Eventually, he came back to the practice of law with Elkus & Sisson, P.C. His interests outside of work revolve primarily around music and the outdoors.